The game was once pure. Without cushy indoor arenas. Without concession stands selling year-old licorice. Without the steady drone of Euro-techno music.

We’re taking hockey back. To the frozen pond. Where players can experience the roots of the game. Where pur skill takes center stage. And where yetis make fresh kills in the background.

It’s called Red Bull Open Ice. And it’s a two month open invitation to participate in this beautiful game. Want more? We’re wrapping up winter with a 2-day tournament at the end of February. yes, the hockey gods would be proud. 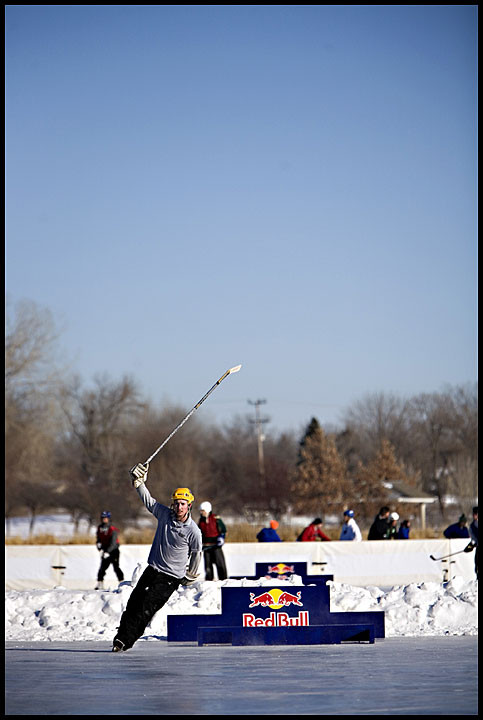 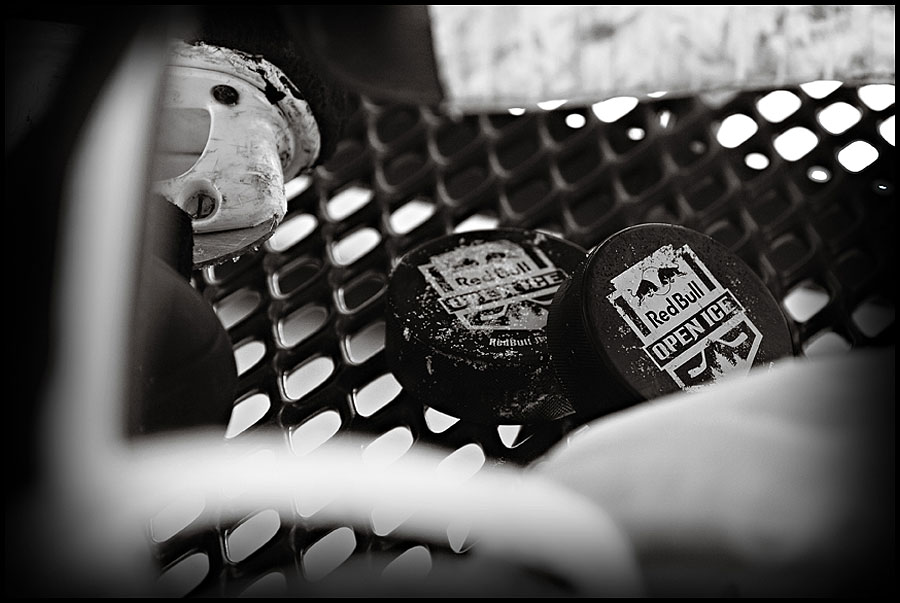 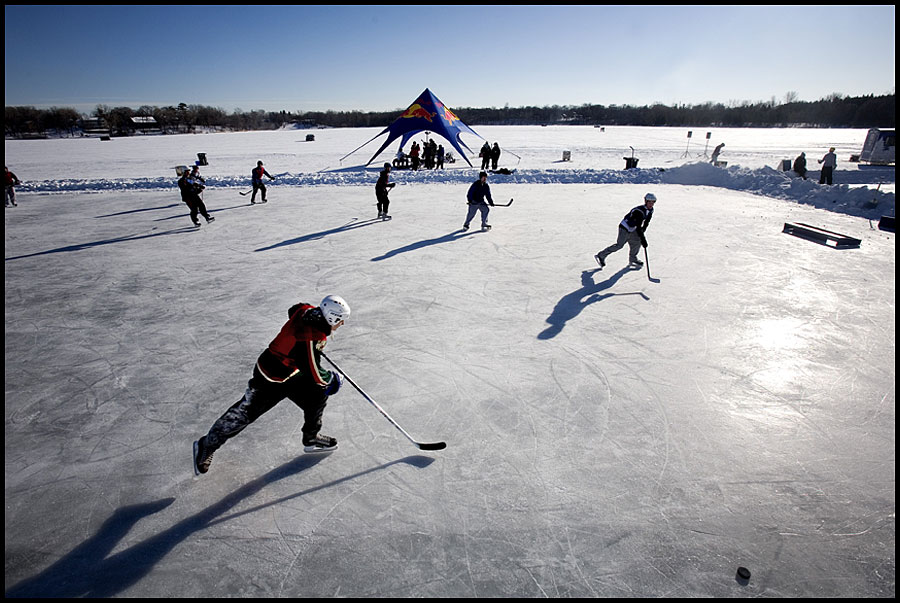 « Have you missed us?Moving forward »

Nice set of images, Scott. I’m lovin’ the weather this winter, cold, snowy and much like I remember this state growing up.

How was your commute home today? Not too many people occupying the bike lane today.

I was just talking about that with a friend. I’ve actually enjoyed the fact that I’ve needed to shovel my walkway every few days this year. Sure doesn’t hurt that its all been pretty nice and fluffy either.

I saw a guy riding down University Avenue today and I thought that looked pretty ballsy. Heck riding down that road in the summer I never like doing. I’m still nursing a sour elbow from wiping out on some ice on my way to the bar awhile back. So much for my studded tires saving me.

Great photos, as always. I imagine winter presents some special challenges, particularly with the monotone landscape and the light, but you made the most of it, finding some great shadows and using the white as the perfect backdrop to the colorful subjects. Looks like a fun day!