It’s wedding season! Our first wedding of the year took us all over Saint Paul on a gorgeous, sunny, 70-something May 30. 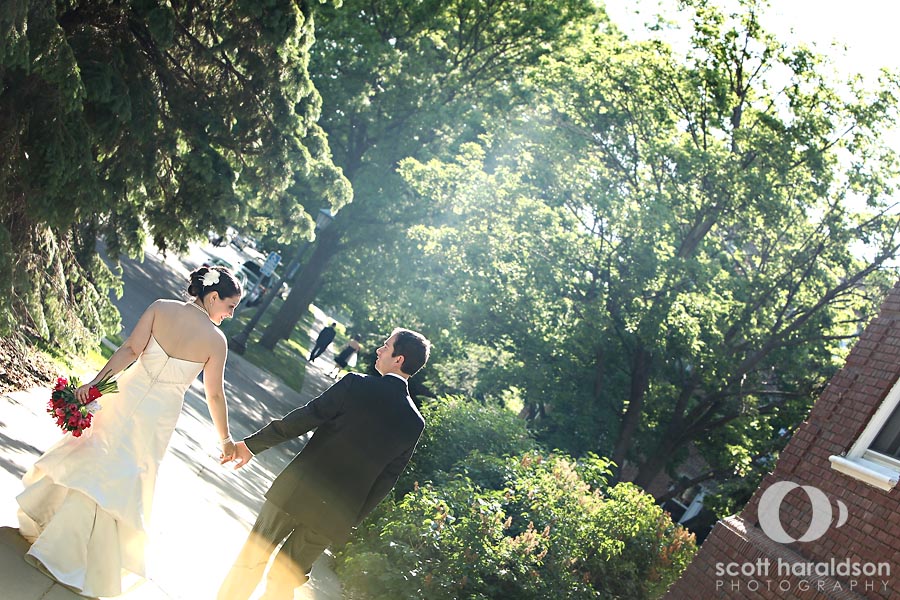 We started the day at Nina’s Cafe, where we stopped to get a quick coffee before meeting the bride down the street at 526. But to our surprise, the bride was at Nina’s, so we started the day of shooting a little early. Two medium lattes later, we were in the gallery/salon-spa snapping away. 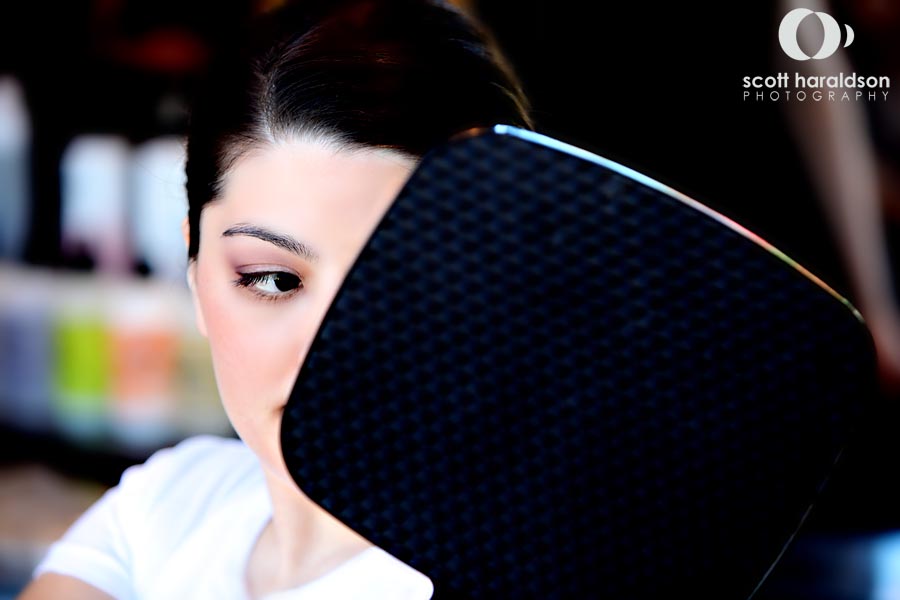 At around 10:30, Laura took off to Maplewood to photograph the men’s brunch and some detail ring shots. 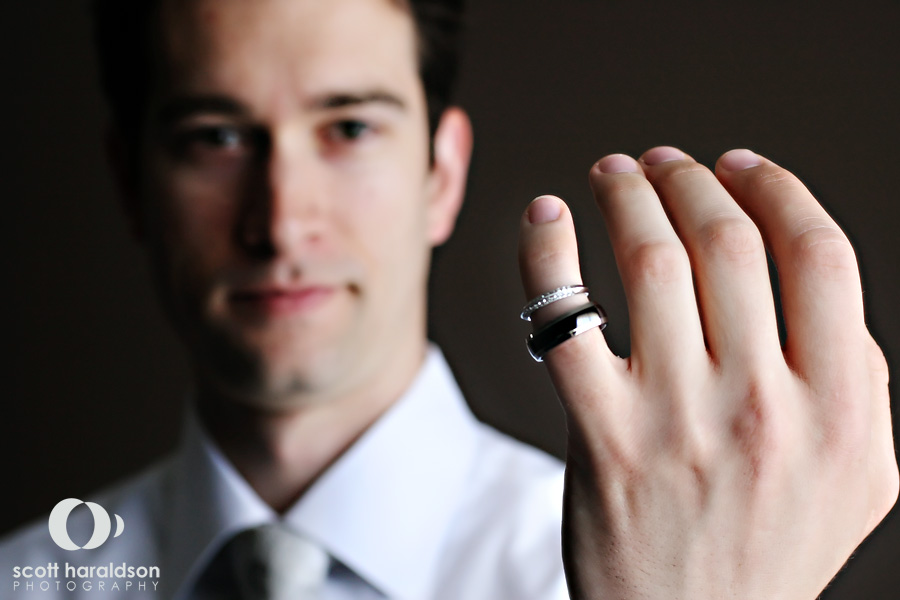 Meanwhile, Scott and the ladies went next door to Fleur de Lis to pick up the flowers, then grabbed a bite to eat at Cheeky Monkey, also on the same street. Then it was on to the University Club to get changed. The men joined at 1 p.m. and waited outside.

First meeting was in the historic library at the club, then on to Mears Park for some casual shots of couple and wedding party.

The ceremony itself was at Weyerhaeuser Chapel on the Macalester Campus.

After a stop at the Grand Ole Creamery, we ended back at the University Club for reception, dinner and dance.

Overall, a great start to our 2009 wedding season.

Beautiful photos! What a fabulous way to start the season!