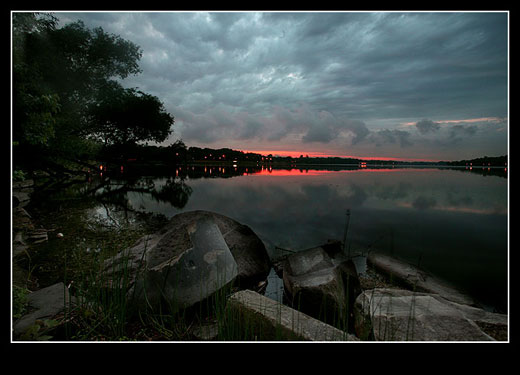 « Smile for the camera!Protected: Hard Bodies! »

yay for the lake! what a beautiful photo, scott.

a fantastic shot of my new “home water!”

We’ve definitely been blessed with some crazy cloud weather 🙂

After the rain we had all day when I saw that the clouds were clearing out I thought it might be nice to head over to Phalen during that golden hour of light to take a photo.

Of course life got in the way with a meeting running a bit longer than I had expected and the sun had already set. I decided it was still worth the try so I drove over, put up the tripod and camera, took the photo and was back in the car heading home after only about two minutes of shooting 🙂