Downtown Oshkosh has been turned back to the 1930’s for the filming of Public Enemies . The movie stars Johnny Depp and Christian Bale. Unfortunately while we were there they were filming out at the airport on a closed set and were not planning to shoot downtown until later in the week. We still went down to check out what all the fuss was about. 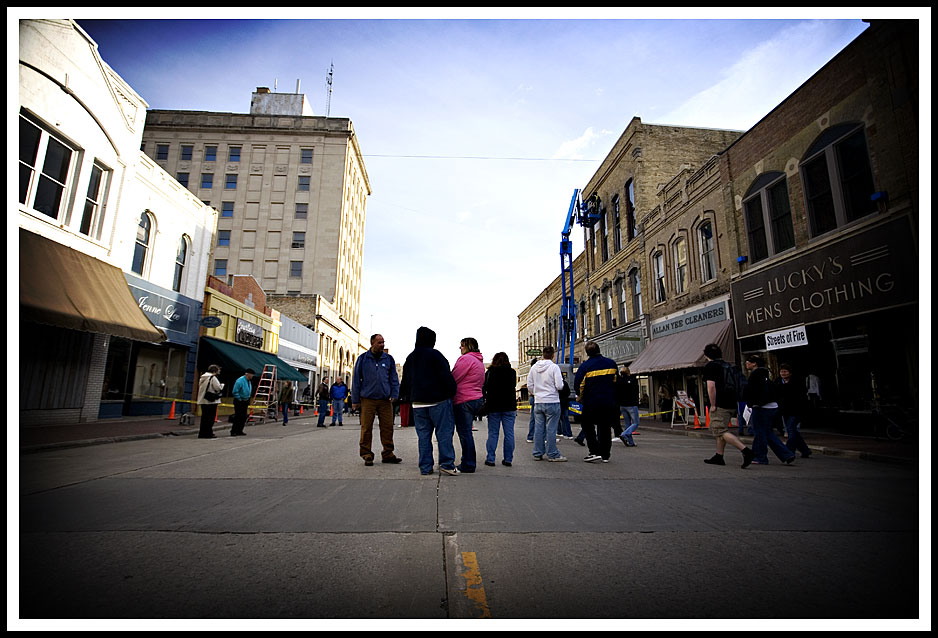 They have laid down hard rubber fake cobblestone on the streets. 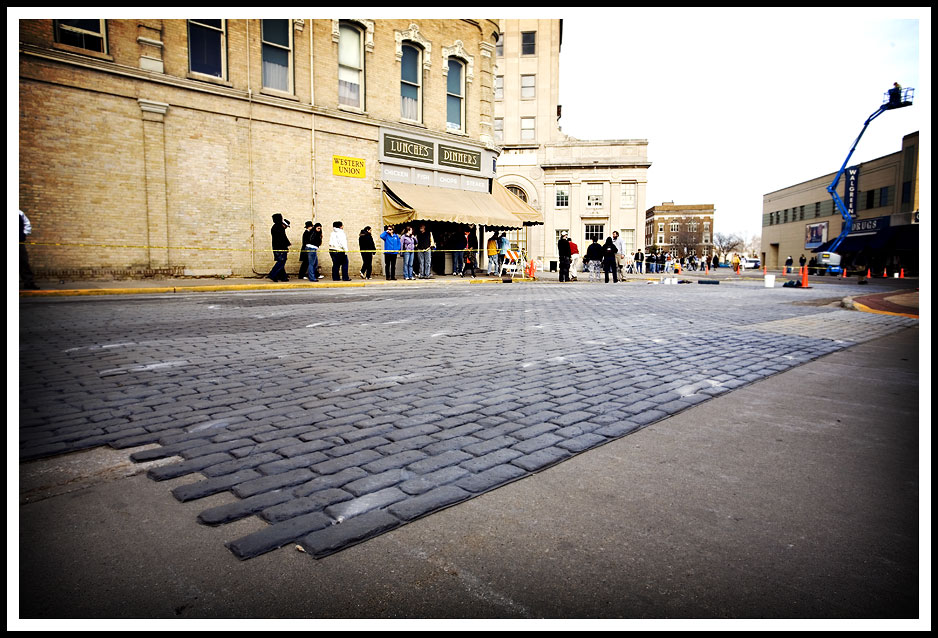 Laura and Kevin stand in front of some old timey advertisements. 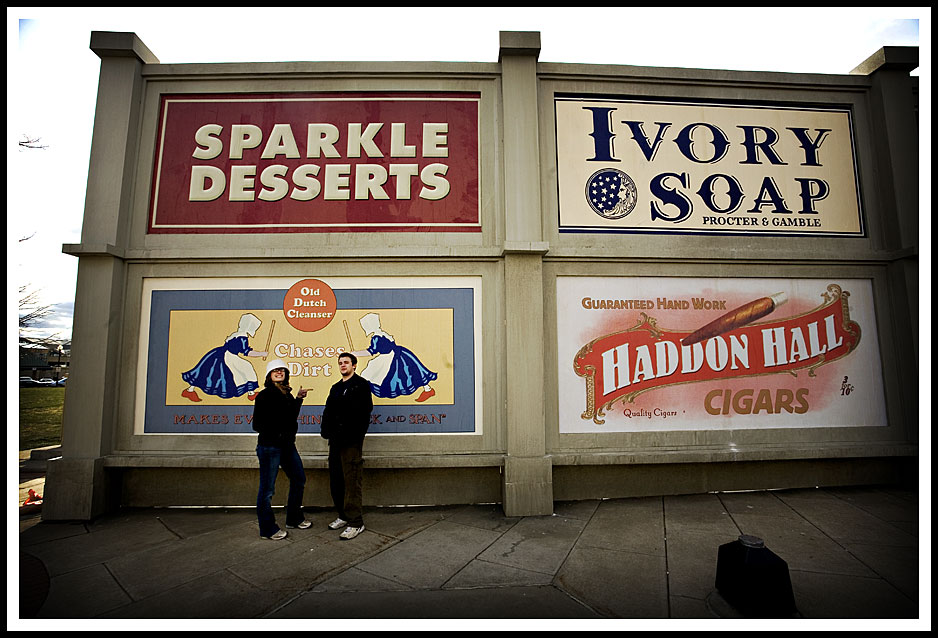 Wait that’s not a real wall! 🙂

Putting the finishing touches on a street car complete with its own track to roll down the street.

Kevin, Laura, Mary and Dave check out the massive green screen they constructed for a scene that is to take place in Racine, Wisconsin.

« Behind The ScenesFirst ride of the season »

A close look at the “job ads” indicates that Oshkosh will be standing in for Chicago…maybe a Depression-era gangster flick??

That’s sweet! My parents called me to tell me everything you have pictured. I didn’t realize the movie is to take place in Racine. I was born in Racine, WI.

You are correct there will be some shots that are supposed to be in Chicago. The part they were filming out at the airport was actually supposed to be Dillinger getting off a plane from Arizona to Chicago.