Today’s subject is Marty Nothstein photographed at the Nature Valley Grand Prix. NothsteinÂ is an American professional roadÂ and track cyclist. He is a 3-time world champion in track events and anÂ Olympic gold and silver medalist.

In the early 2000s I was employed as aÂ staff photographer atÂ the Winona Daily News which afforded me the opportunity to shoot the mundane (bowling team photos anyone?) to the gut wrenching (auto accidents). Â One of the more enjoyableÂ events to come to town each year was the Grand Prix. Â It brought manyÂ of the nation’s best cyclists to the small river town to compete in the road race portion of the event. Â Winona’s river bluffs adding much needed elevation in a state known more for rolling hills than brutal climbs.

Working the race weekendÂ was a love hate relationship for me. Â I loved being to photograph something I was really passionate about but hated that I’d also be charged with photographing a handful of other events and would not have time toÂ hang around the race course all day.

This image was taken using a Nikon D1 Digital Single Reflex Lens camera. Â The D1 was first released in June of 1999 and was the first DSLR camera body widely accepted by the news media. Â The Daily News had just switched over to digital when I arrived and it really allowed us shooters to take more chances we might not normally have taken or at least know when we had a shot in the can. Â For this shot I set up on a corner where racer’s cut as close to the curb as they could. Â A slow shutter combinedÂ with panning the camera at the same speed as the rider blurs the background while the on camera flash freezes the rider in the frame.

I’ve photographed dozens of cycling races over the years but this one has particular meaning as it was the first time I also had a byline to go with a news story. Â I’ll stick to taking pictures as I’m sure an editor could easily rip apart what I just have finished writing 🙂 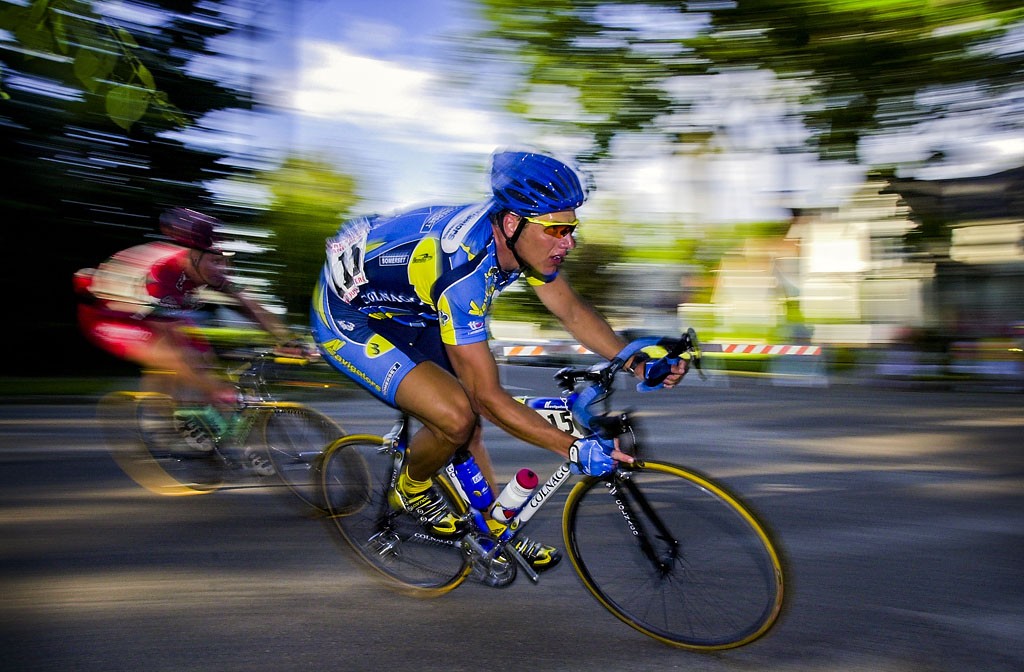 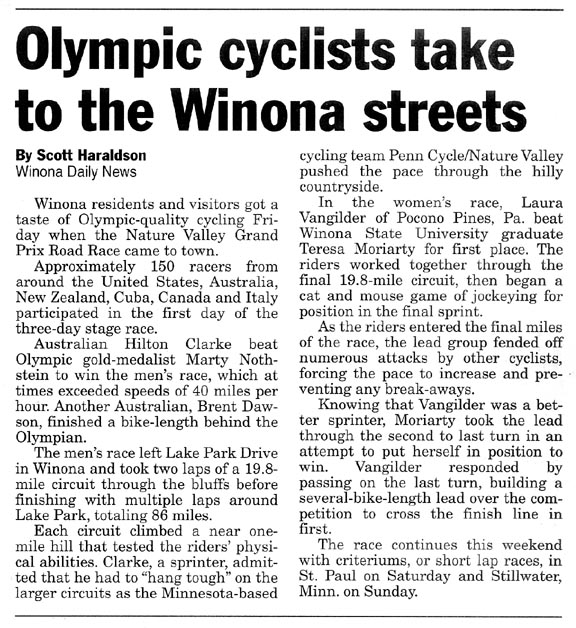