In junior high I was tasked with selling magazines as a fundraiser for concert band. Â I recall flipping through the brochure looking at magazines that might interest myself and then I came upon a magazine titled Mountain Bike. Â I don’t think I’d ever evenÂ thoughtÂ that what I’d always been doing with my bike was an actual sport. Â My brother and I wentÂ 50/50 on a subscription and our first issue was inÂ December 1993. Â I recall that issue was Zapata Espinoza’s first issue as editor. Â At school a few days later I noticed an old friend of mine was reading the same magazine and he low and behold he actuallyÂ owned a mountain bike. Â Who would have thought from then on mountain biking would be such a big influence on my life.

Mountain biking has always been a lot more to me than a form of exercise or escape. Â Mountain biking, or as I’ve gotten older cycling in general, has always been a really big social aspect in my life. Â The majority of my friends in junior high, high school, college and even now our cyclists. Â I love going for rides in groups, far more than riding by myself. Â I love waiting at the top of a climb chatting with everyone in the group before racing off to the next hangout.

I could pick any number of photos I’ve taken on rides but I chose this one from Levis Trow because it brings great memories of the camping weekend rides that my friends and I have doneÂ over the past handful of years. Levis Trow is one of my favorite places to ride in the area. Â It has onsite camping at the trailhead, awesomeÂ trails and awesome views. Â Nothing better than packing a couple of beers in your pack, riding to the top of the sandstone bluff and catching a sunset. 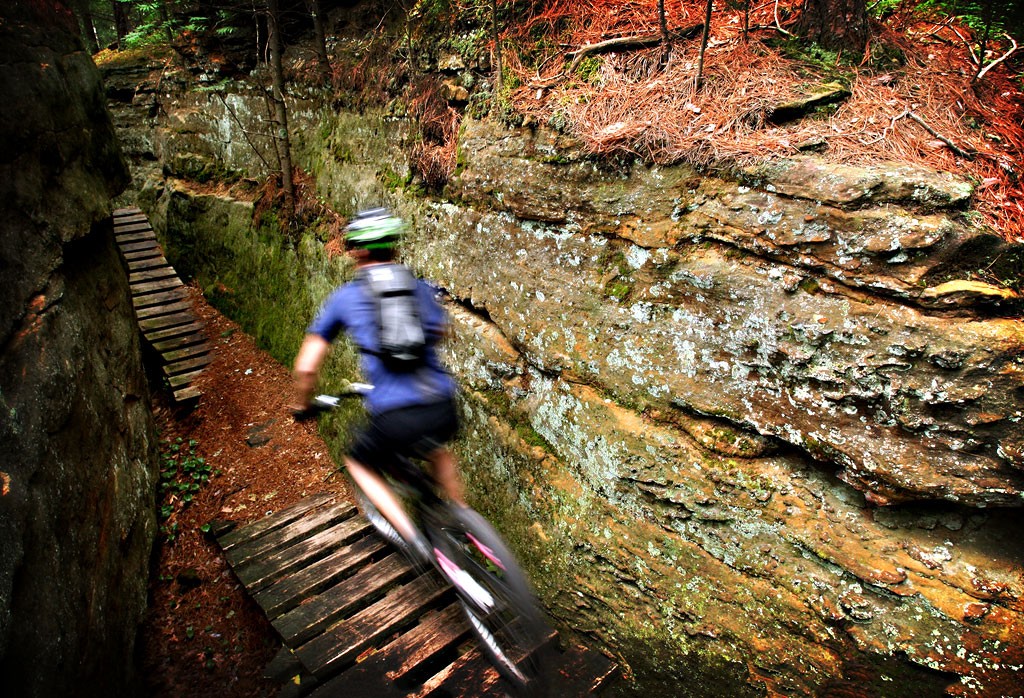